Summary of ENIAC by Scott McCartney 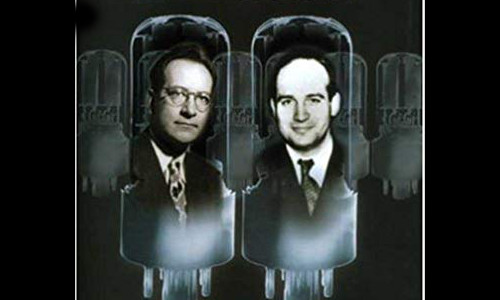 This past weekend, I finally made it through ENIAC: The Triumphs and Tragedies of the World's First Computer by Scott McCartney. After originally purchasing this book from Audible in 2012, I quickly abandoned it after I found the writing dry and the British narrator off-putting. Fast forward six years, and I was finally able to grit my teeth and power through at 2x speed to get to the content in the book. Because I find the material covered by this pook interesting, here is my attempt to condense and summarize the parts of the book a programmer or CS student might find most interesting.

World War II, the Math Gap, and the birth of the Electronic Computer

In most of my CS classes, I’ve generally been taught to think of the history of computing as a progression from Pascal and Leibniz to Boole, Babbage, and Lovelace to Shannon, von Neumann, and Turing. This book broadly pushed against this narrative by presenting the development of the first computers in the context of the massive math gap the Axis and Allied nations found themselves in as they mobilized their nations for total war. Between designing superior fighters to achieve air dominance, publishing gunnery tables to help delivery artillery on the heads of the enemy, encrypting wartime communications, and developing new wonder weapons through efforts such as the Manhattan Project, World War II was a mathematically intensive conflict. For example, as Patton and the U.S. Army landed in North Africa to push back Rommel's Afrika Korps, they found that their gunnery tables failed to account for the North African climate, causing American artillery to be less precise. A backlog of unsolved polynomials thus threatened the lethality and combat effectiveness of the U.S. Army.

The United States took a multi-pronged approach to closing this math gap. First and most immediate, the US broke with traditional gender norms and mass mobilized women as “computers”: clerks that were specialized in solving math problems at scale. Second, the military partnered with universities to develop crash courses around electronics and financed teams of engineers proposing high-risk commercially-unviable "moonshot" projects to accelerate and automate the general computation.

The leading US effort at this time was run by two young academics named John Mauchly and Presper Eckert at Princeton, with the assistance of an Army Lieutenant Herman Goldstine. Contract to the progressive view of the evolution of computation, these men lacked both prior art to draw from and a community of letters to collaborate with. They were unaware of Babbage’s theoretical work on the difference engine and, due to the highly top-secret nature of their work, were both unaware of and unable to communicate with competing efforts in Britain (Colossus) and Germany (Zuse). This suggest that Boole, Babbage, Lovelace, Shannon, and Turing had little to no impact of the development of ENIAC, EDVAC, or what we call the “von Neumann architecture” (more on this term later).

What if WW2 hadn't happened?

Given the role of economic mobilization and military spending in the development of these first electronic computers, it seems plausible that World War II accelerated the technological breakthrough of general-purpose computing by a decade or more. While IBM had already started work developing electromechanical tabulating machines in the 1930s through projects like the Automatic Sequence Controlled Calculator (ASCC), Mauchly and Eckert’s breakthroughs forced IBM to massively invest in products such as the IBM 701 to avoid having their traditional mechanical tabulating machine business disrupted. Had these wartime projects not threatened IBM’s business position, I imagine that IBM would not have developed a general purpose electronic computer until years later, perhaps spurned on by something like the 1960 Census.

Commercialization of the UNIVAC

In the later portion of the book, the author discussed Mauchly and Eckert’s efforts after the end of the war to commercialize their technological breakthroughs by starting the Eckert–Mauchly Computer Corporation (EMCC). As a former IBM employee, I’ve long been propagandized to believe that IBM essentially invented all aspects of modern computing (see Making the World Work Better for some good IBM propaganda). While vaguely aware that IBM was threatened by a digital computer called UNIVAC, which forced it to make a “bet the business” pivot away from tabulating machines and towards electronic general purpose computers, until this book, I've had a broad underappreciation for the role of the EMCC in the transformation.

Based on the author’s descriptions of EMCC, I imagine this company as the East Coast predecessor of Silicon Valley’s HP Garage myth. Workers grinded away the hours in a Philadelphia warehouse (open floor plan!), regularly working seven-day work weeks. Unfortunately, the pair of engineers failed to properly predict the cost of commercializing computers and they naively agreed to fixed-price contracts with government agencies, leading to cost-overruns that ate through their financing. The startup ended up cheaply acquired by Remington Rand (the electric razor company), which was later acquired by Sperry (then called Sperry Rand). The UNIVAC was eventually released, but the acquisitions and financial instability of the startup gave IBM sufficient time to release their own computer systems.

While the business had failed, Mauchly and Eckert’s company valuable because they possessed a patent for the “general-purpose electronic computer.” This resulted in substantial patent licensing revenue for Sperry Rand from the other major computer vendors. Due to the cost of these patent licenses, a competitor named Honeywell began to investigate means to invalidate the patent and perhaps force the technology into the public domain. According to the author, they found a professor at Iowa State named John Atanasoff that had theorized and begun work on an unfinished electronic calculator years ENIAC or any of the Army-funded work at Princeton. Because John Mauchly had visited Atanasoff and saw his incomplete device, Honeywell argued that this constituted prior art and thus invalidated the patent in Honeywell, Inc. v. Sperry Rand Corp. While Mauchly pushed back that Atanasoff’s machine was neither programmable nor “Turing-complete,” these nuances were lost on the judge, who invalidated the patent, placing all intellectual property around digital general-purpose computers in the public domain.

What if Sperry Rand's patent had been upheld?

If Sperry Rand had won the suit, it’s likely that the cost of patent licensing would have slowed the development of the US computer industry. Since IBM was already the dominant market player, I can imagine that this would have likely led to an IBM – Sperry Rand duopoly and choked off work on minicomputers and microcomputers throughout the lifetime of the patent. The author suggests that this perhaps may even have been the judge’s actual motivation for the case.

In closing, while I found this book relatively dry, I think it does a respectable job illuminating the role of World War II and military spending in the birth of the computer. I also am also mostly convinced by the author’s defense of Mauchly as the “father of the computer,” at least in the sense that he rightfully should have retained the U.S. patent. While it might have been too jarring to the book’s narrative structure, the author chose to avoid discussion of Konrad Zuse, who had developed a programmable Turing-complete in Germany years before ENIAC, and thus likely is the actual “Father of the Computer.” In any case, due to the top-secret nature of these wartime projects, it’s clear that many engineers independently worked through the same problems. None of these men had clear shoulders to stand upon, so while the question of “Who invented the Computer?” remains murky, that should not undercut the importance of wartime breakthroughs of these individual engineers.

Aside about the “von Neumann” Architecture

While Mauchly is generally credited for investing the architecture of ENIAC and EDVAC, the architecture of EDVAC is now colloquially called the von Neumann architecture because other researchers learned of the architecture through a report that von Neumann wrote and distributed called “First Draft of a Report on the EDVAC.” The report was intended to be internally consumed by people working on the project, but it was leaked to other researchers. As this was not an academic paper, it did not cite Mauchly or Eckert, leading to the perception that von Neumann was the original architect. Mauchly and Eckert tried to correct the record, but the Army stamped their academic report properly citing the engineering team TOP SECRET. It is unclear if von Neumann actively attempted to take credit for the idea of it this is just an example of Stigler's law of eponymy.