What I learned from Wes Anderson‘s Rushmore 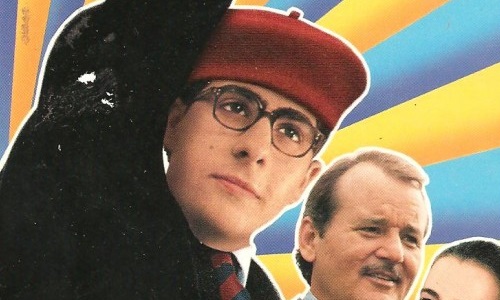 It's hard to believe that I've gone sixteen years without seeing it, but thanks to HBO Go and this wonderful blog post, I just wrapped up watching Wes Anderson's first commercial success: Rushmore. Falling somewhere between Benjamin Braddock and Ferris Bueller, the protagonist Max Fischer was a fascinating character. Eccentric and precocious, Max exudes a very strange sort of magnetism that draws all other characters into his universe, flipping the adult-adolescent relationship dynamic on its head in many cases.

The most entertaining example of this was the relationship between Max and the wealthy industrialist Herman Blume. This relationship began when Herman gave a speech to the students of Rushmore:

You guys have it real easy. I never had it like this where I grew up. But I send my kids here because the fact is you go to one of the best schools in the country: Rushmore. Now, for some of you it doesn't matter. You were born rich and you're going to stay rich. But here's my advice to the rest of you: Take dead aim on the rich boys. Get them in the crosshairs and take them down. Just remember, they can buy anything but they can't buy backbone. Don't let them forget it. Thank you.-- Herman Blume

Upon the completion of the speech, Max was on his feet applauding. Within a few minutes, he was shaking Herman's hand and telling him that he was "very much agreed with his view of Rushmore." By the next time that we see Herman and Max together, Herman is seeking Max's advice:

Herman Blume: Yeah, you seem to have it pretty figured out.

Max Fischer: The secret, I don't know... I guess you've just gotta find something you love to do and then... do it for the rest of your life. For me, it's going to Rushmore

Shortly after this scene, Max discovers a phrase while reading the Jacques Cousteau's Diving for Sunken Treasure, and Max's life begins to take a new (50% endearing and 50% disturbing twist).

"When one man, for whatever reason, has the opportunity to lead an extraordinary life, he has no right to keep it to himself." -- Jacques Cousteau

So these are the three life lessons that I learned from Wes Anderson this evening: If you're like me and you haven't yet seen Rushmore, check it out ASAP. It's currently on HBO Go. I promise that you won't regret it!
PreviousWhat would Jesus code?
NextEvolution of x86 Hypervisors