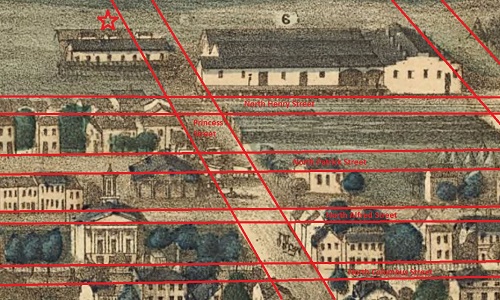 In my last post, I discussed some of my initial thoughts about where my house was actually located between when it was built circa 1850 and when it was moved to the "Uptown" neighborhood of Alexandria in 1880. In this post, I'd like to focus on what stood on the land around the 1200 block before the development of the residential neighborhood.

Similar to other East Coast cities, the growth of Alexandria City was well planned and orderly. As a young surveyor, one of George Washington's first assignments was an early survey of the town of Alexandria. Over time, the town expanded west, and, <a href=https://alextimes.com/2008/02/street-names-reflect-alexandrias-history/" target="_blank">as this excellent Alexandria Times article explains, the naming of the streets evolved alongside Alexandria's identity as colonial, revolutionary, and later confederate city. By the time of Alexandria D.C.'s 1972 Plan (completed one year after the L'Enfant Plan for the Maryland side of D.C.), the city had established a grid system of blocks and street names out as far as West Street. The plot of land where my house currently resides sat at the corner of Princess Street and Fayette Street (named after Marquis de Lafayette), forming an intersection of royalist and revolutionary sentiments.

Despite the establishment of this pretty plan, Alexandria had truly only developed as far as Henry Street by the start of the Civil War and the occupation of Alexandria by the Union Army. A key reason for this westernmost boundary was the establishment of a north-south line of railroad tracks along Henry Street that ran north to Washington and south to Fredericksburg and Richmond. For the first half of the 19th century, the other half of the tracks was open field.

After the outbreak of the Civil War, the railroad infrastructure in Alexandria became crucial for logistically supporting Union efforts to suppress Southern successionism. Reflecting this importance, this line of tracks was nationalized and operated by a unit of the US Army called the US Railroad Commission.

As the war proved longer than anticipated and the provisioning of foodstuff to soldiers became critical, the US Government seized the land opposite the tracks along Henry Street and constructed a large Federal Bakery. Based on a Bird’s eye view from 1863, the facility was large, spanning several blocks. Furthermore, it appears that the bakery grounds actually sat on top of the parcel of land where my house currently resides, which I mark with a star below. 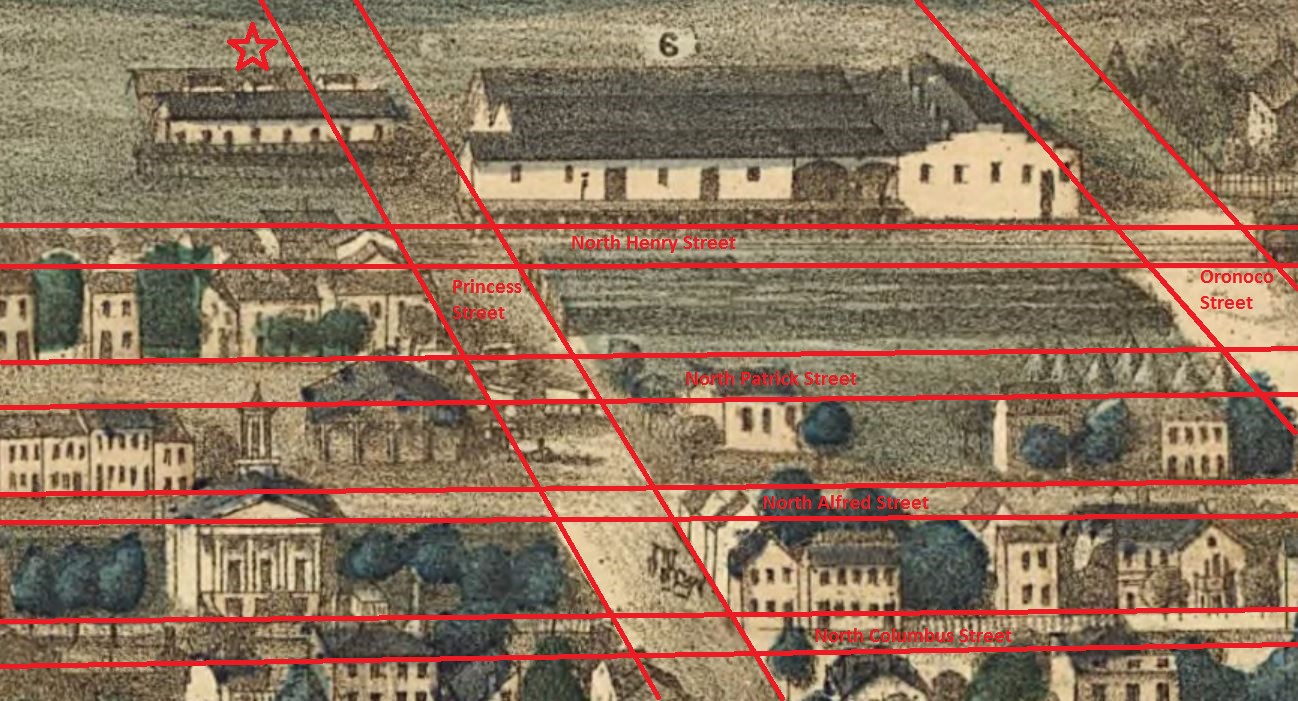 This is a photograph of the US Bakery from the perspective of Oronoco Street. The three buildings are visible, but the structure that appears like it would be on the opposite side of Princess Street is not visible. However, based on the size of the buildings visible in the picture, it appears that the Federal Bakery complex would have extended beyond Fayette Street. 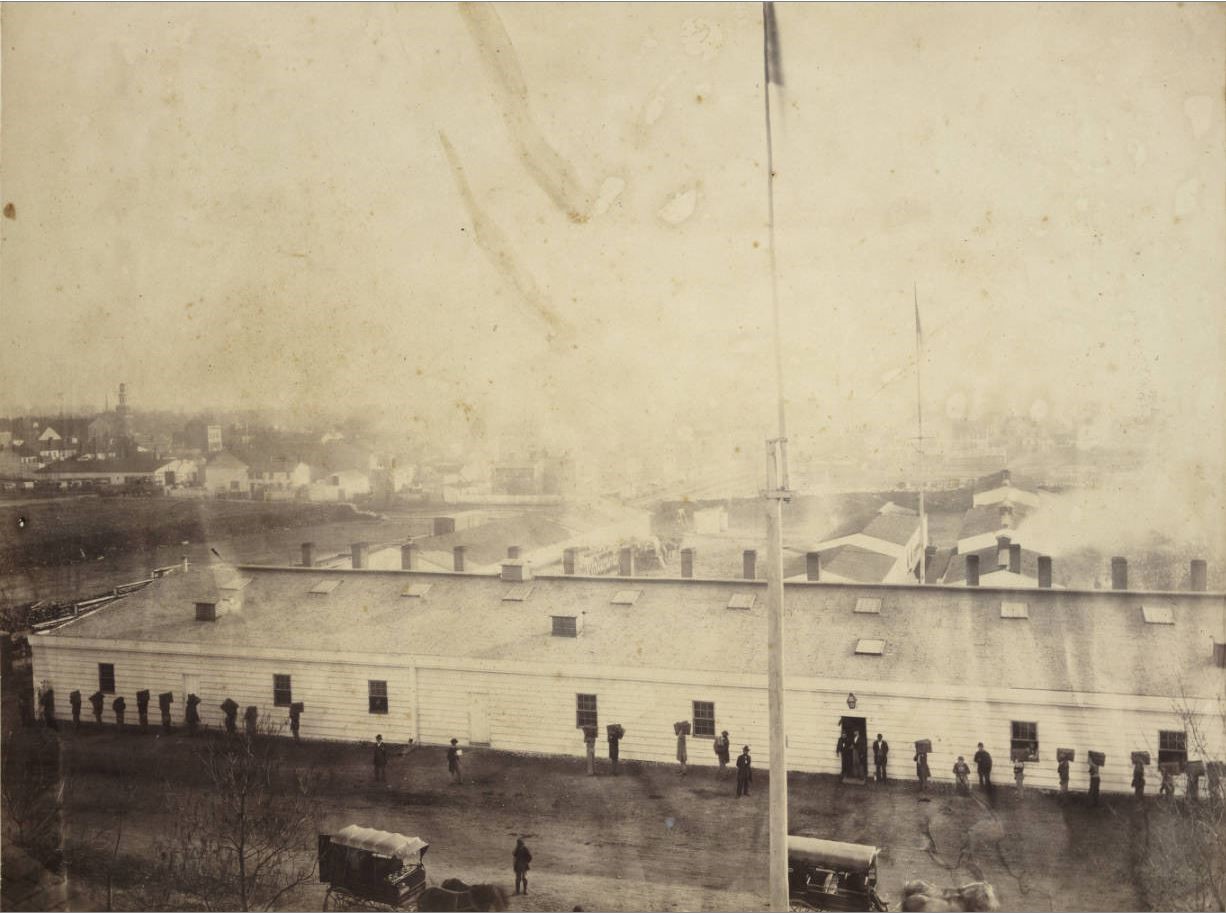 After the war, the bakery was demolished, and black Freedmen settled in the blocks north of Cameron and west of Henry, establishing the Uptown neighborhood. The quality of the housing was initially quite poor during the first ten years after the war, but by 1880, when my house was moved to 1204 Princess Street, the earliest shacks were demolished, and the neighborhood was filled with small homes.