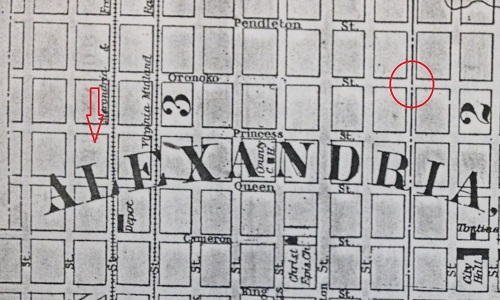 In Chapter 1 of the Princess House Mysteries, I discovered that my new home at 1204 Princess Street wasn't built in 1920 like I had originally thought, but that it was built around 1850 and moved to its current location in Parker Gray around 1880, perhaps by an individual named Benjamin Williams. This discovery led me to wonder about two questions:

Where was the house previously located?

Why was the house moved?

During this blog post, I'm going to discuss my most recent findings from the Alexandria City Special Documents Collection and suggest a hypothesis about my home's origin questions.

According to reports from the Parker-Gray Board of Architectural Review, the original footprint of my house was typical of the size of home lived in by the working classes on the lower side of the socioeconomic scale, such as former slaves working as laborers. At less than 800 square feet spread over two levels, the BAR suggests that this was even small by mid 19th century. Based on this characterization and the fact that we know that the first resident of the home was an illiterate Freedman and his family, my working hypothesis is that the house was previously located in a black working class neighborhood in another part of Alexandria City that underwent redevelopment during the 1870s.

Under this hypothesis, the home may have been owned or merely occupied by a black family living in a part of the city that underwent development. As changes to the neighborhood led the value of the land to rise, small pre Civil War homes in the area were demolished to make way for larger and more luxurious residences. To profit from these shifts (or perhaps due to economic or social coercion), the owner of the house might have decided to sell the existing plot land to a developer and relocate the house to a plot of land on Princess Street in the growing black neighborhood called "Uptown."

Under this hypothesis, there is a high likelihood that the first recorded resident of the house in the new neighborhood was actually the person that took the effort to disassemble, move, and reassemble the land from its existing location. We know from the 1880 US Census that this first occupant was Benjamin Williams, a sixty year old illiterate black man that was professionally engaged in “wood sawing.” While "wood sawing" seems like a vague term that might refer to chopping firewood Seven Dwarfs style, I suspect that this choice of term probably meant that Benjamin worked in a sawmill, especially given Alexandria City's role as a hub for shipbuilding and railroad. His employer might even have been Smoot Lumber Co, which was established in 1822 and continues to exist to this day.

One can guess that an experienced employee of a sawmill might have picked up some skills and contacts in carpentry or construction, which suggests that Benjamin, with the assistance of friends and coworkers, would have been able to disassemble, move, and reassemble this small 800 square foot home.

Given this possibility, the next step is determining where Benjamin Williams was living prior to appearing in the house on Princess Street. Thankfully, Chataigne’s first ever general Alexandria City Directory appeared in 1876-1877, which allows us to pinpoint Benjamin Williams as having lived in a house on the corner of Pitt and Oronoko, which was solidly inside the historic black neighborhood called "The Berg."

The intersection referenced by the directory is shown on a historical map from the period with a circle. The current location of the house is indicated by the red arrow. The total distance between the two locations is around seven blocks, which likely would have been manageable for a home of this size. 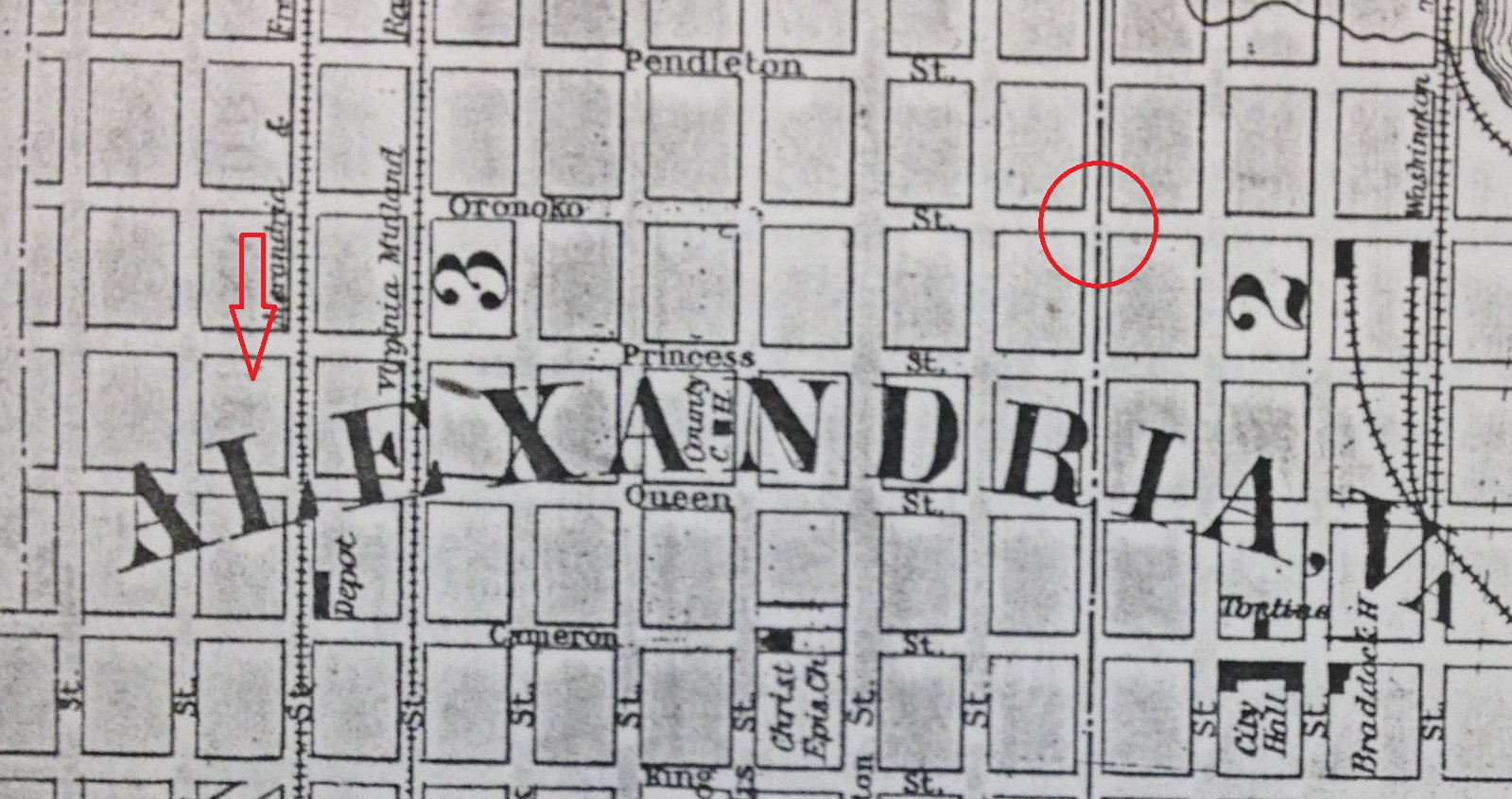 Looking at the when some of the current homes along that block were built, it seems likely that there was a construction boom going on around the time that Benjamin Williams was living in this area. For example, a row of four adjacent town homes ranging from 1200-1500 square foot were built in 1870 at 506, 508, 510, and 512 Oronoco Street. These sorts of homes surely would have been taking the place of smaller existing homes. 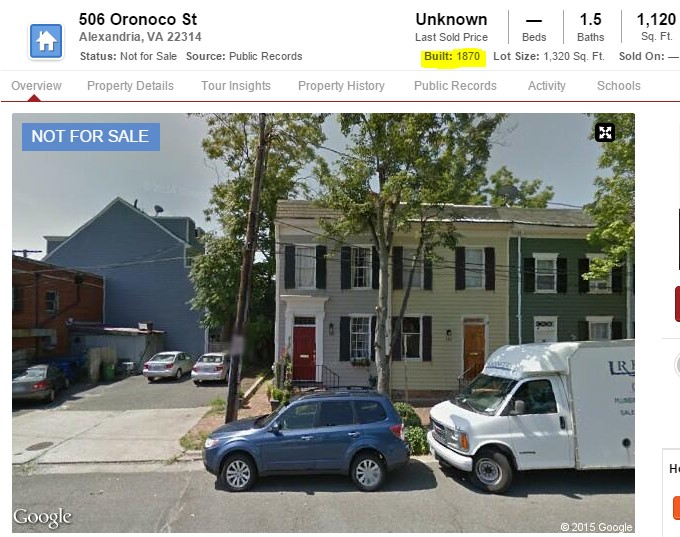 This is just a rough working hypothesis at this point, but I plan to try to test it by looking for structures at the corner of Oronoco and Pitt on the 1870 Sanborn Fire Insurance Map that are replaced by new structures on the 1880 Sanborn map. If one or more of these structures matches the footprint of 1204 Princess Street on the 1890 Sanborn Fire Insurance Map (the 1880 maps did not include Parker-Gray), then I can pull deeds and/or building permits related to the structure to look for information that might corroborate that the house is the same structure. This may in turn identify the original owner that built the house in 1850.