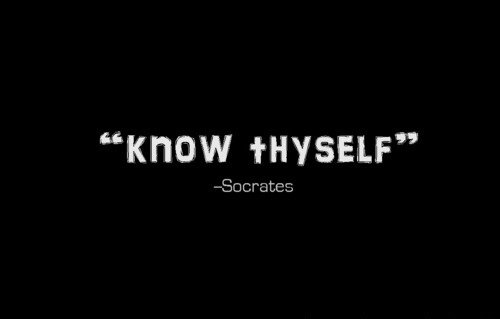 This is the second installment of our five-part series on efforts to inspire, educate, and train millennials towards gainful employment in mainframe positions, such as systems programming and application development. Yesterday we posed several questions that some consider heretical, particularly from the creator of a blog called “Millennial Mainframer:”

In the Socratic tradition, this series of questions is not so much posed to draw individual answers, but more generally to encourage fundamental insight into the state of mainframe education. This dialectic is easily justified by the central role that new mainframe talent will play in ensuring mainframe vitality in the face of the impending mass retirements. Furthermore, given that one of Socrates’ most famous quotes is the maxim to “Know Thyself,” this post seeks to examine the Millennial Mainframer blog through the lens of the following question:

How successful has Millennial Mainframer been in attracting millennials to view its mainframe-centric content?

As of July 28, 2013, Millennial Mainframer has 1,457 likes on Facebook. While this may seem impressive, closer examination of the number yields some interesting realizations. Upon first glance, the Facebook audience seems to be fairly youthful. In fact, more than 80% of the audience is 34 years old or younger.

However, the geographic location of the audience may be surprising to some of our readers: 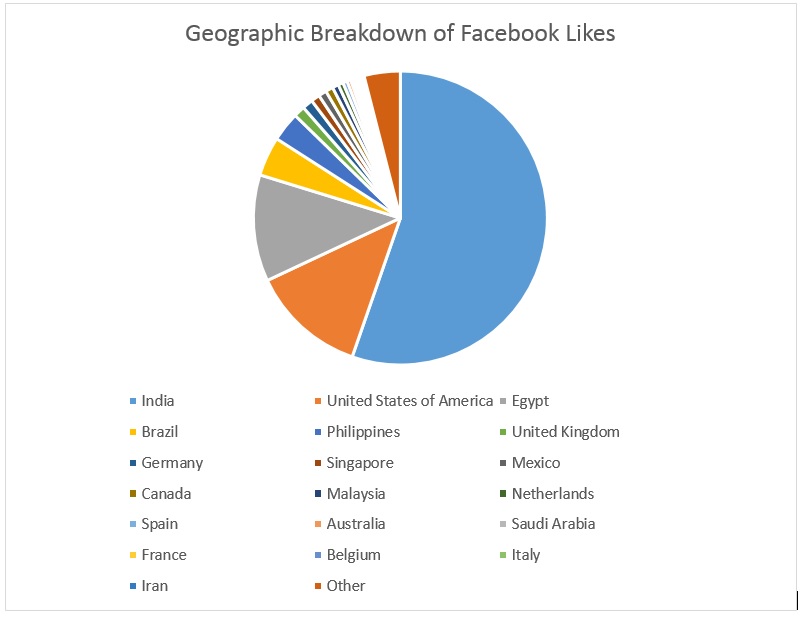 That’s right! A full 55% of all Millennial Mainframer likes come from India, reflecting the fact that most recent mainframe job creation in recent years has occurred in outsourcing companies. The United States comes in a distant second with 12% of Likes. Egypt seems to come in third with 11.7%, but I have strong suspicions that many of those Likes are from fake Facebook-bots (curse you Zuckerberg!!!). Brazil comes in forth with 4.3%, and the Philippines comes in fifth with 3.2%. So there you have it. Despite the content creators being mostly from North America, most of the audience is composed of “Indian mainframe freshers.” This graph clearly matches Quasar Chunawalla’s perception that the numbers of Millennial Mainframers is downright “sizeable.” From the point of view of Chennai, Bangalore, Pune, or Hyderabad, it probably seems downright silly to compare Millennial Mainframers to mythical creatures like Big Foot or the Nandi bull.

The net result of all of this is that Millennial Mainframer’s most active fans turn out to be white men over 35 living in the United States. Engagement with Indian millennials is low, but the number of likes suggests cultural affinity with the Millennial Mainframer blog. This combination of being strong in Facebook likes from Indian mainframe freshers and general engagement from older US-based mainframers might suggest that our content would be popular with a group of Millennial Mainframers in the United States and other rich-world English-speaking countries, but that does not seem to be detectable in our numbers.

While it’s difficult to analyze our 242 Twitter followers to the same degree as our Facebook fans, Twitter analytics shows that around 55% of our followers live in the United States. Given that this is similar to the geographical breakdown of our engaged Facebook fans, I think that it’s safe to assume that this group is quite possibly of a similar age demographic as well.

This trend seems to be equally reflected in our WordPress statistics. As an example, my post last week with a Millennial’s take on the zBC12 announcement received around 300 hits. A large number of these hits came from LinkedIn and Twitter, which I suspect is predominantly an older American audience. Despite having quite a few Facebook likes, the actual number of folks that clicked-through from Facebook was only around 50 (Around 3% of Millennial Mainframer’s Facebook Likes). Assuming that this traffic is similar to our long-term Facebook engagement numbers, I would predict that only around 20 of these readers were millennials. This leads me to believe that millennials are responsible for only around 10-15% of the hits at Millennial Mainframer.

So in conclusion, the sad truth is that Millennial Mainframer largely fails to attract millennials to view its mainframe-centric content. Older US-based mainframers seem to view the content, like it, and re-post/tweet/share it, but because they don’t have many connections with younger mainframers, this doesn’t result in a meaningful uptick in millennial exposure to mainframe content. I believe a key reason for this is that most of the entry-level mainframe job growth has occurred in India, Brazil, and Philippines, so older American mainframers just may not know many Millennial Mainframers. The failure of this blog to engage with millennials in places like India, Brazil, and the Philippines is most likely tied to the fact that most of our content creators are in North America, leading them to create content with a US-focus. This clearly suggests that Millennial Mainframer must develop a new marketing strategy. Firstly, it must more closely collaboration with IBM Academic Initiative to build a wider base of millennial mainframers around the world. Second, it must consider ways to better serve the tastes of the Indian mainframer market without losing its global focus.

Then again, my analysis may not be spot-on, and there may be a variety of other reasons for our failure to engage Millennial Mainframers. What do you think? Am I correct that nearly all Millennial Mainframers are in locations like India, Brazil, and the Philippines? Is there a way that this blog can better reach millennials in the United States and Europe? Do you have suggestions for driving engagement with millennials in Brazil, India, and the Philippines?

Tune in tomorrow as we turn our analysis to the Master the Mainframe Contest.