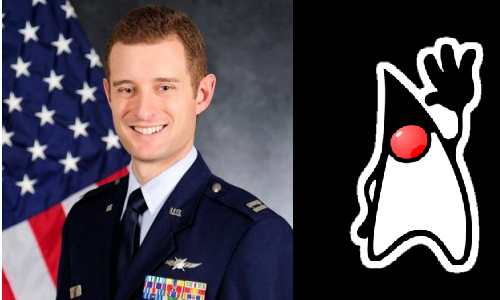 In order to give myself a constructive project to work on, I’ve recently been teaching myself Java. According to the TIOBE index, this programming language is currently the most popular language. After spending a little bit of time training in the language, I can see why this is the case. Although I am by no means a coder, this language is elegant and seems infinitely useful for creating business applications. It definitely seems like the ideal language for learning Object-oriented programming (not to bash my brief Ada experience at West Point).

I’m currently using two tools to learn this language. The first is the O’Reilly Head First Java book, which is an amazingly down-to-earth resource for learning to code. The second is the online O’Reilly School of Technology, which will eventually allow me to earn my Continuing Education Certificate from the University of Illinois. I’ll have to let you know how I progress in this, but I’m currently having a great time coding while zoning out listening to the soundtrack from Social Network.

I also recently got a Facebook message from my old buddy Robert Santos. He and I have known each other since 8th grade, although he decided to go to the Air Force Academy when I went to West Point. It’s probably been a good two years since he and I have spoken, and I’m really looking forward to seeing him again. Interestingly, it turns out that he’s stationed at Scott AFB, which is only about four hours away from where I live in Chicagoland. I wrote him a message letting him know that I’m trying to copy his career path by transitioning into IT. After all, he was rational about picking his major. He picked Computer Science and is know doing IT work for the Air Force. I picked German and I’m not speaking German for anyone since resigning from my humanities PhD program. Ironically, he told me that he’s actually about to start an MA in International Relations, “taking a page out of my book.” I guess that means that my book is being over-educated with unemployable skills. Hopefully, I can chat with him and get some career pointers. Thanks for your service Rob!!!

PreviousLinux Containers are the new POSIX
NextI want my 360