Battle of the Somme Centennial 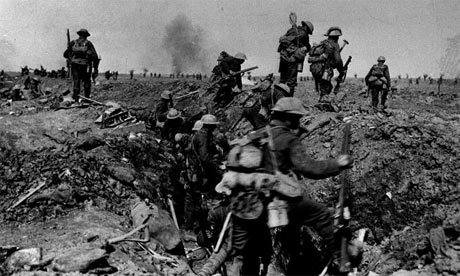 One hundred years ago today, General Haig, commander of the British Expeditionary Force, a man known for strong Christian beliefs and eccentric spiritualism (supposedly he had spoken with Napoleon through a spiritual medium) looked up to the sky and saw dark omens. Over the past five days, British artillerymen fired continuous explosion of more than 1.5 million shells on the German defensive trenches. Today was to be the infantry assault, but after a week of rain, no man’s land had transformed into a muddy wasteland.

It would take two days for the weather to clear, for the aircraft to again fly and reconnoiter, and for the lunar-like cratered landscape of no man’s land to firm and harden.

Unbeknownst to Haig or the rest of the British Expeditionary Force, despite firing more shells in five days than the entire first year of the war, the Franco-British cannonade had little impact on the Imperial German Army of 1916. Reminiscent of the German Professor that journeyed deep into the Earth in Jules Verne’s 1864 classic Journey to the Center of the Earth, the German soldiers had descendend into a veritable subterranean fortress, complete with electricity, running water, and wallpaper. Throughout late 1915 and early 1916, German Army units regularly drilled rapid mobilization from the underground chambers to defensive positions on the surface to meet the enemy at a moment's notice. 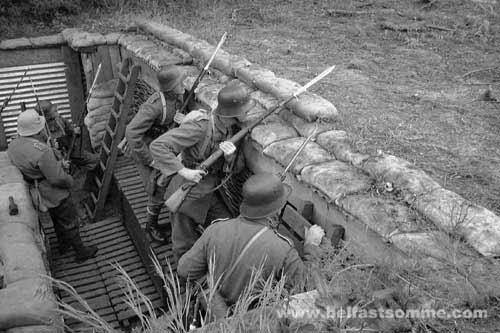 When the British and French infantry attacked on July 1, 1916, they encountered fearsome resistance from the motivated and largely unharmed Jerries. Men watched their brothers-in-arms cut down, only to join them in No Man's Land during the next wave. In total, 100,000 Britons and imperial subjects went over the top on the first day of the battle, of whom, 60,000 became casualties including approximately 20,000 combat deaths. This would become the bloodiest day in British Military History, a number that dwarfs the 10,000 total Allied casualties on D-Day in 1944.

Zooming out from this day on this offensive, the second half of 1916 had reached staggering levels of destruction. Between the five month Somme Offensive and the last half of the Battle of Verdun, the Western Front suffered 1.6 million casualties. Over the same time period, the Imperial Russian Army’s Brusilov Offensive resulted in one million Austro-Hungarian casualties and 350,000 German casualties at the expense of half a million Russians.

On the homefront and in the trenches, war weariness grew, but it would be over two years until conflict on the battlefield would turn decisive.